Dartmouth and the World: Religion and Political Economy @1769

Scholarly conference on the life and times of Dartmouth's founding, with emphasis on the relationship between religion and political economy. Open to the public. 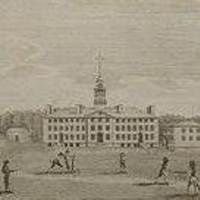 What was the state of religion and political economy around the time of the founding of Dartmouth College?The purpose of this two-day conference will be to explore questions such as these.

JACK A. GOLDSTONE, Hazel Professor of Public Policy and Eminent Scholar, George Mason University, “1769 and the Rise of the Machines: Mechanical, Scientific, and Political”

STEVEN PINCUS (’84), Thomas E. Donnelly Professor, Dept of History, Univ. of Chicago, “The Imperial State and the Founding of Dartmouth College: Radical Politics and Radical Religion in the 1760s”

The event is sponsored by the Political Economy Project and the College Sestercentennial Committee, and is free and open to the public.