Franchesca Ramsey to be keynote presenter. 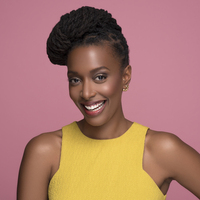 Franchesca Ramsey is a social justice advocate, comedian, actress, writer, video blogger, sought-after speaker, and the host of the award-winning MTV webseries DECODED. She has been featured on NPR, ANDERSON LIVE, CNN, the BBC, and in the New York Times. A former writer and correspondent for Comedy Central’s THE NIGHTLY SHOW WITH LARRY WHITMORE she has also written for BET’s BLACK GIRLS ROCK! award show and currently has multiple television projects in development. Her first book Well, That Escalated Quickly was published by Hachette/Grand Central on May 22nd, 2018.

*This is a free non-ticketed event, open to the community.

This event is part of the 2019 MLK, Jr. Celebration.  For a full schedule of events visit www.dartmouth.edu/mlk